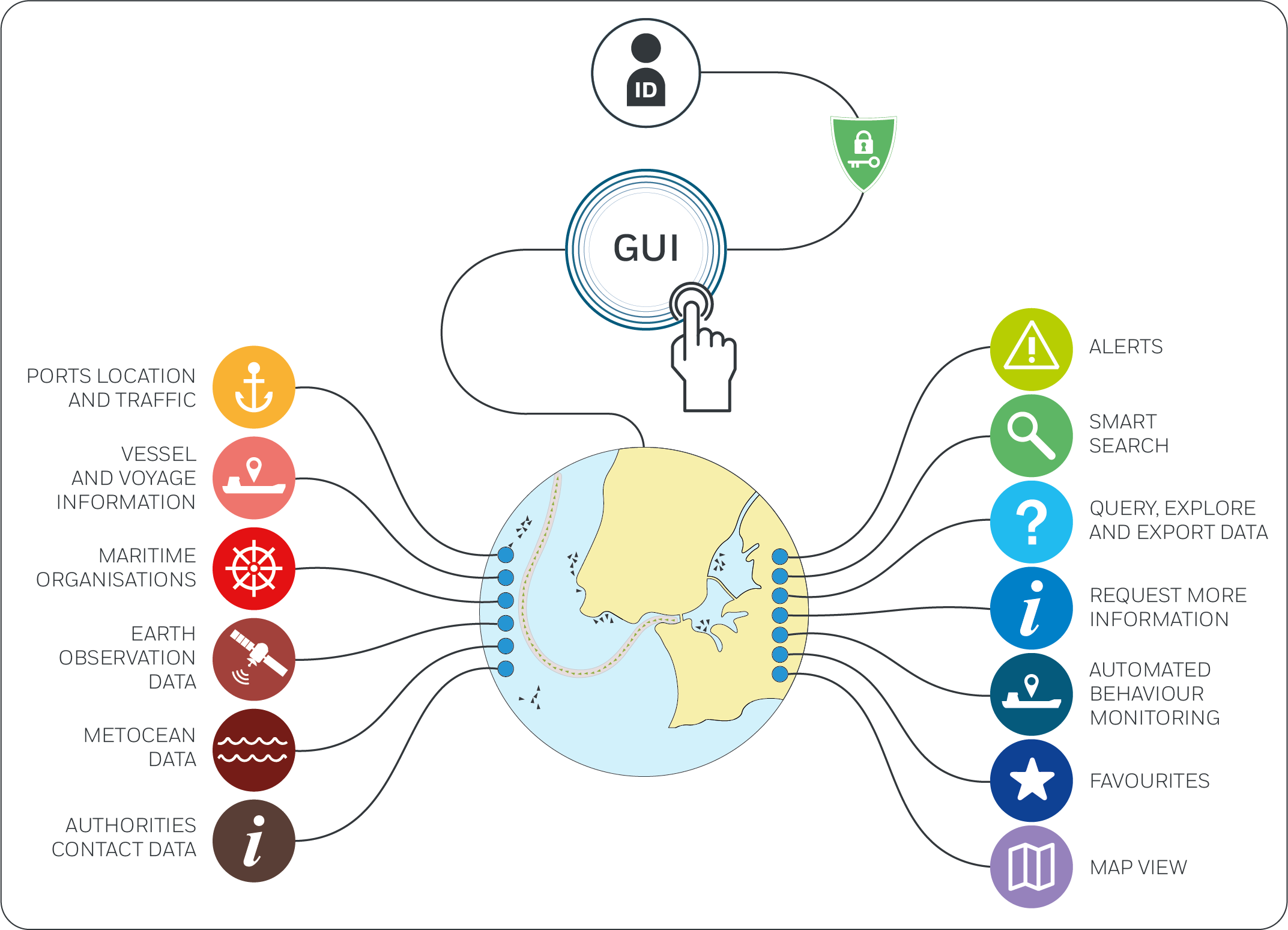 One of the main attributes of integrated maritime services is the ability to combine information from a range of different data sources, and as such greatly enrich the maritime domain awareness picture.

These include data and operational functionalities directly contracted by EMSA:

• Automatic identification system (AIS)
AIS is a maritime broadcast system, based on the transmission of very high frequency radio signals. Ships send reports with ship identification, position, and course, as well as information on cargo. In Europe, the exchange of AIS messages is done through the SafeSeaNet system.

• Satellite AIS
New systems are being developed to enable satellites to receive AIS position messages. This extends the geographical range over which ships can be tracked using the AIS system.

• Synthetic aperture radar satellite images
Satellite radar sensors measure the roughness of the sea surface independent of weather and sunlight conditions. On the satellite image, oil spills appear as dark areas, and vessels and platforms as bright spots. This is used in vessel detection systems (VDS) as well as pollution monitoring. 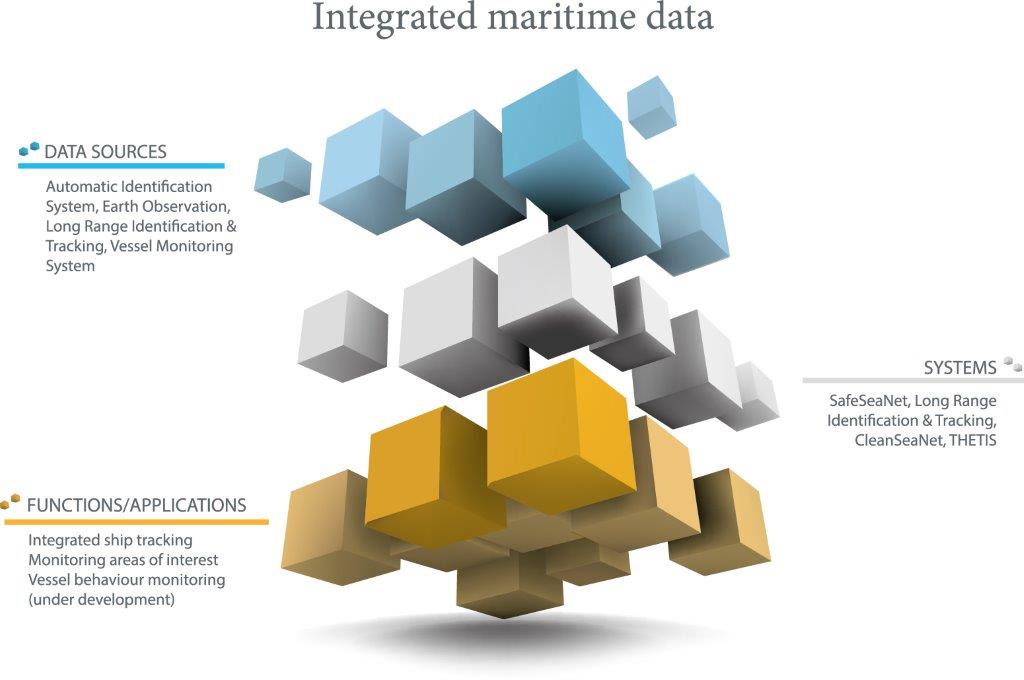 Other data sources from national systems can also be integrated: