Underwater noise from shipping is increasingly recognised as a significant and pervasive pollutant, affecting marine ecosystems on a global scale. Measurements in the last 50 years have shown that noise in the oceans is rapidly increasing.

There is also documented scientific evidence linking noise exposure to a range of harmful effects on marine mammals, sea turtles, fish and invertebrates. The impact affects species that are at serious risk of extinction, those that are commercially important and those that are critical for supporting ecosystems.

Anthropogenic underwater noise emissions are mainly caused by commercial shipping and by the offshore oil and gas exploration industry. While the seismic testing and pile driving used in the offshore industry create high-intensity impulsive noise that can injure marine species, commercial ships emit lower to medium levels of continuous noise that can also affect marine species, especially mammals. Ships are reported to be the predominant source of anthropogenic low-frequency noise in the oceans.

The main sources of underwater noise from ships are caused by the propeller (both cavitating and non-cavitating propeller), machinery (i.e. main and auxiliary engines) and the movement of the hull through the water. 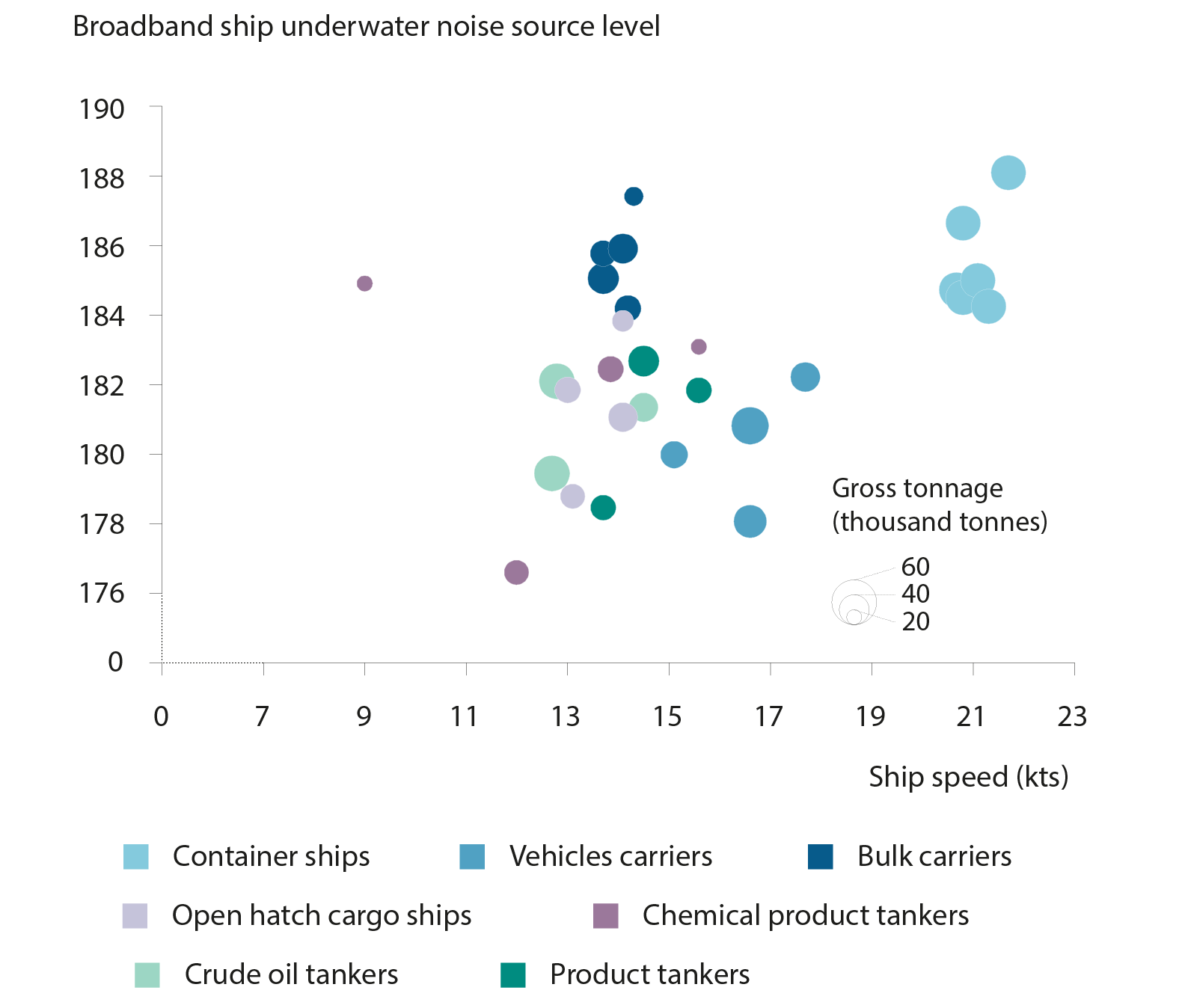 The range of noise frequencies emitted by commercial ships interacts with the frequency that is critical for various marine species, potentially masking the sounds made by these animals and having undesirable consequences. This is particularly the case with cetaceans, which are highly vocal and use sound for communication, food-finding, reproduction, detection of predators and navigation.

EMSA has published a study into continuous underwater noise from shipping – the Status of Underwater Noise from Shipping (SOUNDS) report. The study was commissioned to consolidate information on continuous underwater noise from shipping, in order to derive recommendations for a future multi-stakeholder strategy within Europe. The study focused on four main subject areas, with noise sources, environmental impact and policy providing the basis for the main goal, mitigation. Recognising the important role of a wide range of stakeholders, an extensive literature review was combined with stakeholder consultation in the form of a questionnaire and interviews.