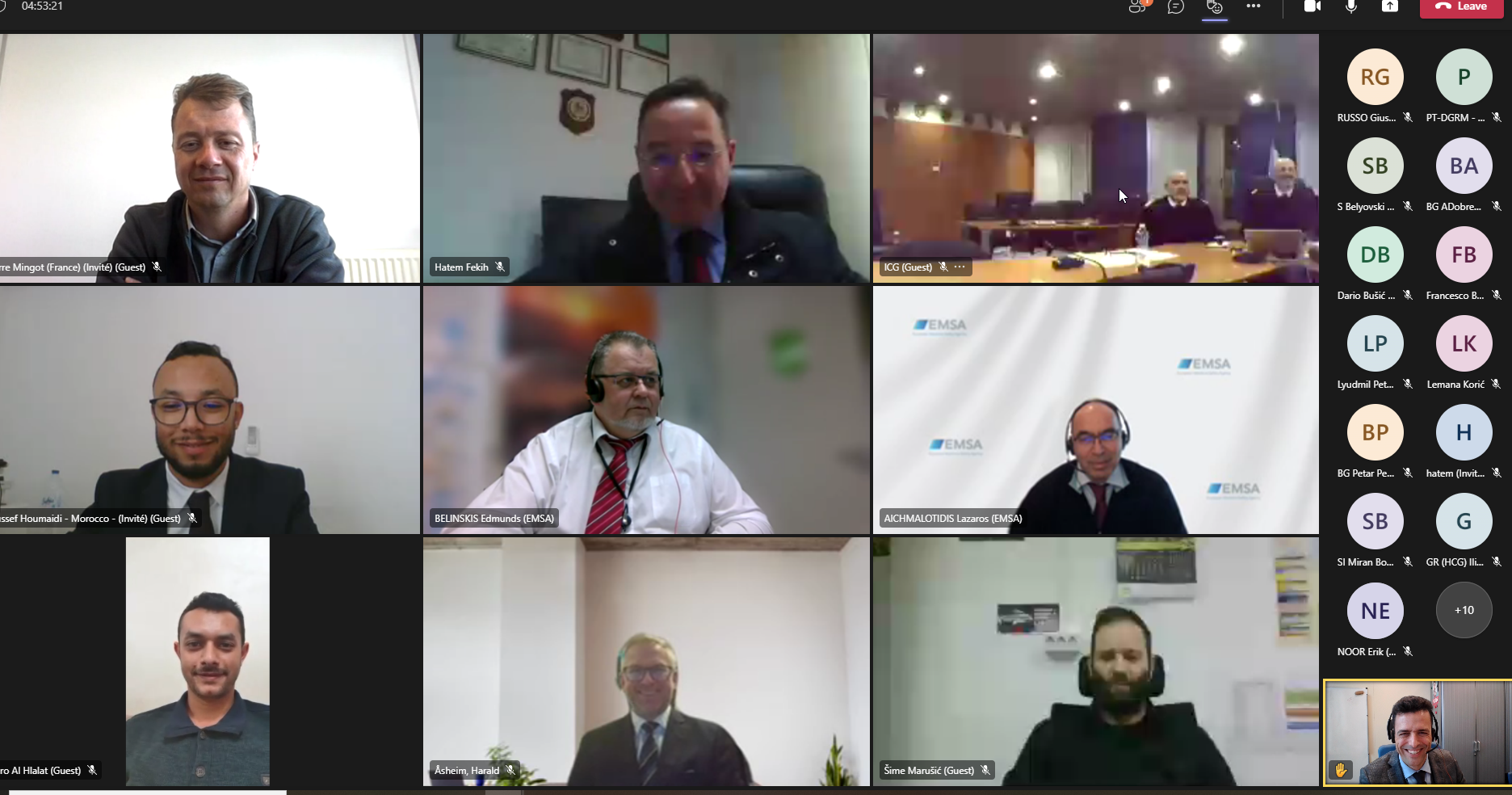 The EU-funded BCSEA and SAFEMED IV Projects implemented by EMSA foresee the implementation of a 3-phase Pilot Project on sharing of AIS information:
Phase 1: Exchange of T-AIS between the SAFEMED/BCSEA countries;
Phase 2: Exchange of T-AIS data between SAFEMED IV and BCSEA countries and EU MSs of the Mediterranean Regional AIS Server hosted by the Italian Coast Guard (MARES);
Phase 3: Involvement of the ENP countries in SafeSeaNet.

Within this context, SAFEMED IV and BCSEA Projects’ beneficiary countries participating to Phase 1 of the Pilot Project, namely Morocco and Tunisia, and those already involved in Phase 2, namely Jordan, Georgia and Ukraine attended the 18th MARES Expert Working Group (EWG) meeting which was held on-line on 10 December 2021.

During the meeting, EMSA representatives emphasized the importance that Morocco and Tunisia participate in Phase 2 of sharing and informed the EU Member States participating in MARES of the latest ENP Projects’ developments and actions planned. The achievements of the current project and information on its forthcoming edition, currently under negotiation with DG NEAR, have been provided.

The cooperation on sharing AIS information amongst ENP countries and EU Members States participating in MARES is becoming tangible and the participation of additional countries to the 2nd Phase would bring more significant results in view of the common exchange of vessel traffic information on a single platform SafeSeaNet and cooperation between EU Members States and ENP countries, which is the final goal of Phase 3.