The role of the Common Information Sharing Environment (CISE) in the maritime security domain and the operational use cases of CISE were the main highlights of the CISE workshop EMSA held at the European Maritime Day 2022 (EMD) on 19 May in Ravenna, Italy and streamed online. 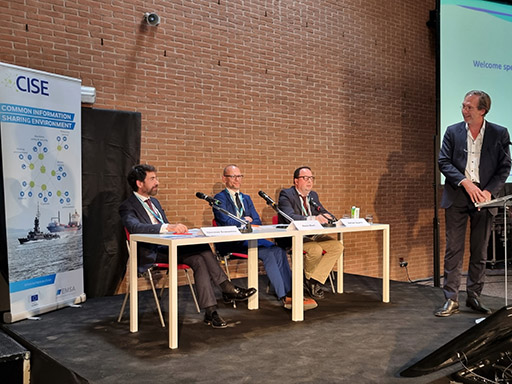 The workshop “CISE – how interoperability can enable safer, cleaner, and more secure seas” was opened by Mr Christos Economou, Acting Director of Maritime Policy and Blue Economy Directorate and Head of Unit Sea Basin Strategies, Maritime Regional Cooperation and Maritime Security at DG MARE, European Commission. Mr Economou stressed the importance of maritime security (also to ensure the EU economic interests) and the role CISE plays in this domain. Mr Economou further emphasized that CISE not only enables the interoperability between the existing maritime surveillance systems, but that it also fosters the cooperation among Member States and EU Agencies, including civil and military authorities.

In the introduction to CISE Mr Leendert Bal, Head of Department Safety, Security and Surveillance at EMSA explained that through CISE maritime authorities from different sectors can effectively share information among them using one interface that connects their systems and allows to automatically consume the information they receive. Mr Bal underlined that CISE does not replace any of the existing systems and that stakeholders have full control over the information shared. Moreover, in order to join CISE, stakeholders sign only one multilateral agreement which sets the conditions for use of the data shared in the network (the Cooperation Agreement).

During the discussion panel our invited experts Mr Alexis Blum, Projects Manager at the Secrétariat Général de la Mer and Rafael Duarte, Head of Sector at the European Fisheries Control Agency talked about the practical use of CISE. To have a better understanding of what maritime authorities can achieve with CISE the experts presented hypothetical scenarios in which CISE plays a key role in gathering additional information for operational purposes. The use cases involved authorities from different sectors and countries which, despite of using different local systems, could share information in a timely and effective way through CISE, leading to a prompt interception of vessels performing illegal activities. It was also explained that the variety of data and services to be shared in CISE is extensive and that the presented use cases are only a few of many examples of how CISE could contribute to maritime surveillance efforts. 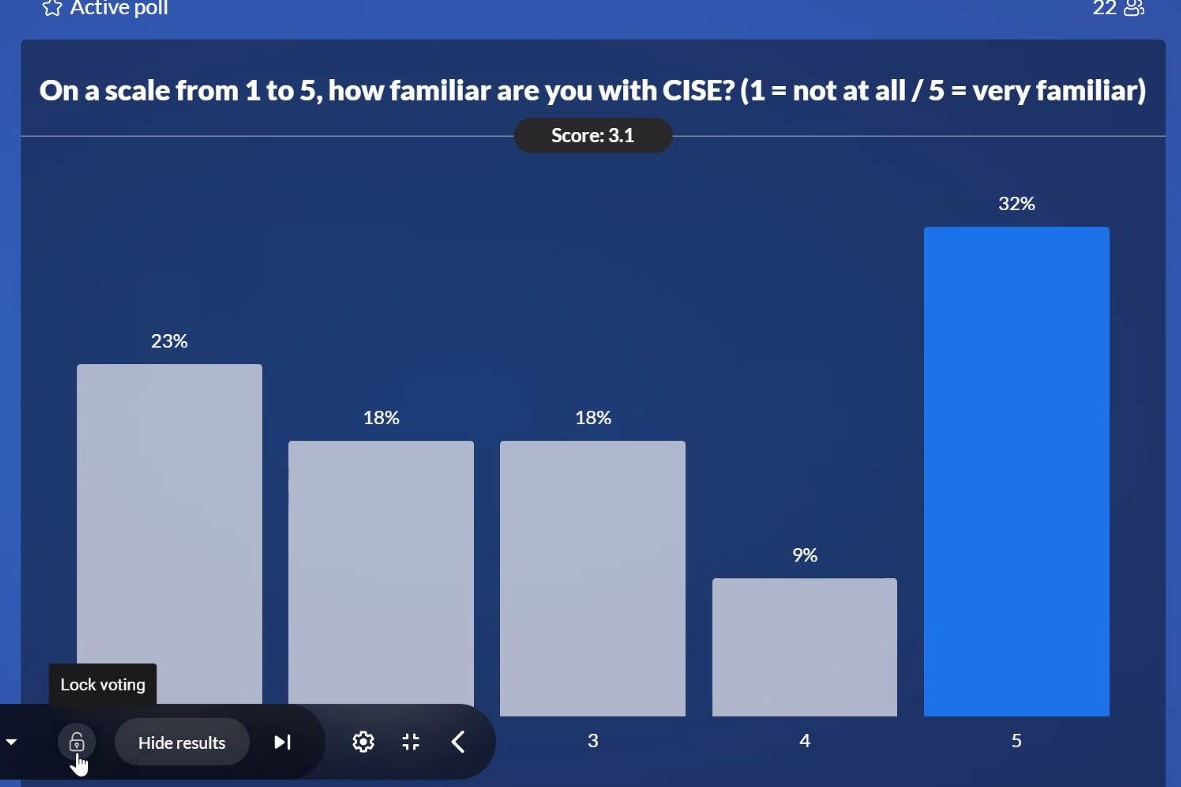 Further discussion addressed the confidentiality and protection of data shared in CISE which is guaranteed by a complex access rights matrix, high security standards and the Cooperation Agreement. The panellists also reflected on the importance of data sharing especially amid increasing maritime security challenges and the current geo-political situation. They agreed that the availability of information shared across sectors and communities is becoming crucial and that CISE provides the capability to achieve this objective.

The material and presentations from the workshop are available on the CISE website in the Meetings and workshops section. The recording of the workshop will be published at the EMD website.

Many thanks to all who joined us in person and online!