Over the summer EMSA’s remotely piloted aircraft have been monitoring the level of sulphur oxides released by ships transiting the Strait of Gibraltar, one of the world’s busiest shipping lanes. The operation carried out by the Spanish General Directorate of Merchant Marine  – under the direction of the Spanish Ministry of Transport, Mobility and Urban Agenda – marks the first time these emissions have been monitored by drone outside the special designated emission control areas in Northern Europe. The flights have been in operation since mid-July from a base in Tarifa and will continue until the end of October. 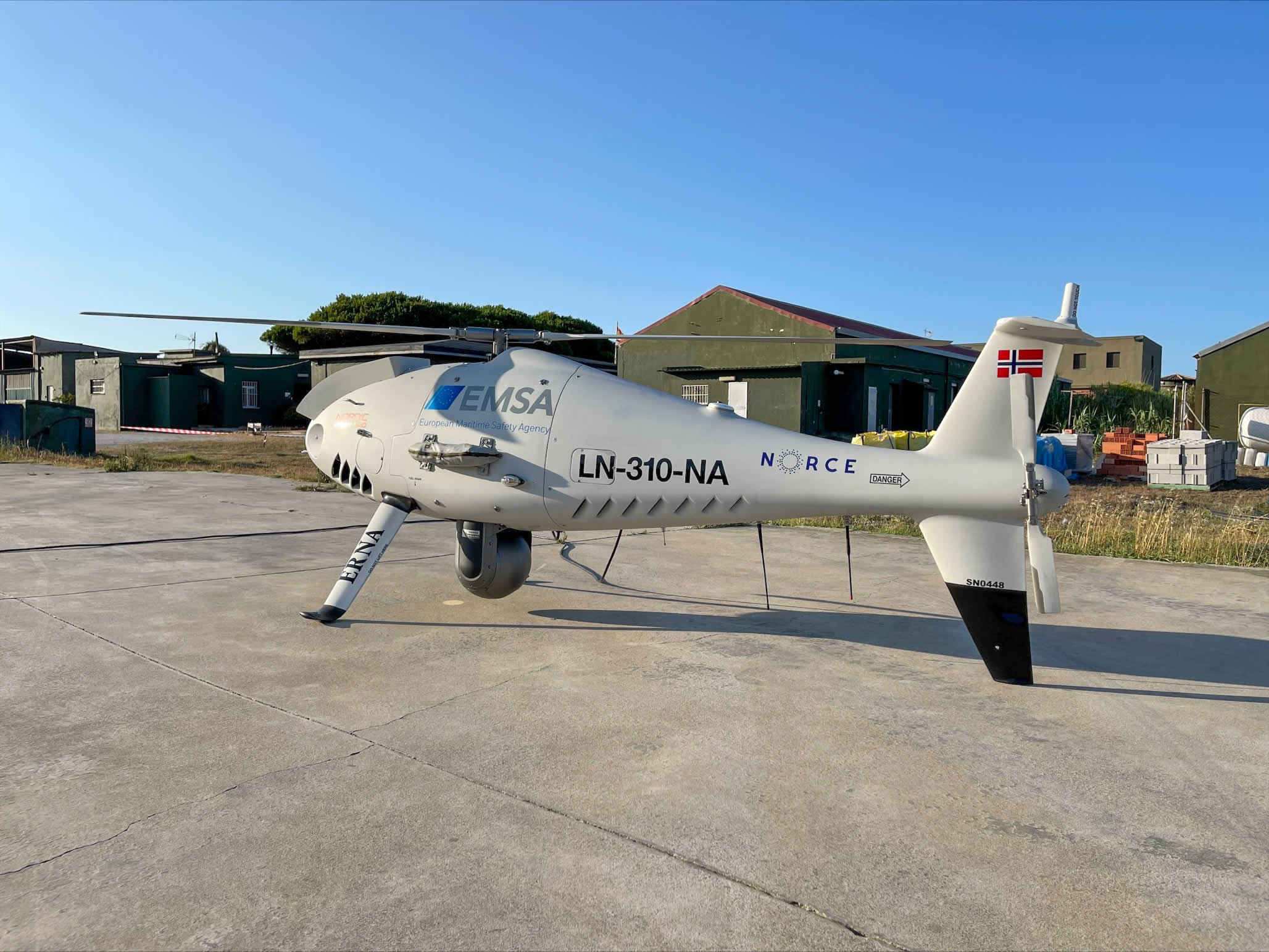 The project designed to test the effectiveness of drones in measuring pollutant emissions from ships was set up by the Spanish Ministry of Transport, Mobility and Urban Agenda (MITMA), in collaboration with the Algeciras Maritime Captaincy and the General Directorate of Merchant Marine. Using EMSA’s remotely piloted aircraft systems (RPAS), the goal is to detect sulphur oxide emissions above a certain level indicating a possible breach of the International Convention on Maritime Pollution (MARPOL – Annex VI). The current limit for sulphur oxide in ship fuels is 0.50% by mass.

The aircraft used is a CAMCOPTER® S100 and it is under contract to EMSA from the consortium of Nordic Unmanned, Norce and UMS Skeldar. It has several features making it a useful tool for the service, including the ability to take off and land vertically from an area less than 25 square meters, flight endurance of over six hours and a range of more than 100 km. To help detect the gases generated by fuel combustion and expelled through ship funnels, the aircraft is equipped with gas sensors and cameras that cover both optical and infrared spectral ranges.

Since 12 July, the RPAS has been carrying out daily two flights with an average of ten inspections per day. Current figures show that of 294 vessels controlled some 27 were found in possible breach of the limits of sulphur content in their fuel. The measurements and records are automatically encoded in the information exchange system which triggers an alert in the EMSA THETIS-EU database. While this does not confirm non-compliance directly, it does help port authorities target ships for inspection and proceed with the lab testing necessary for any eventual sanctions.

Remotely Piloted Aircraft System (RPAS) services are offered free to all EU member states by EMSA. They have been developed to assist in maritime surveillance operations and ship emission monitoring, and can operate in all seas surrounding the European Union. RPAS services can provide support to traditional coast guard functions, including search and rescue and pollution prevention and response. The services are offered to member states individually and as part of EMSA’s regional RPAS strategy, which allows multiple coast guard functions in several EU member states to be supported by one or more RPAS services. Further expansion of RPAS regionally is planned in 2021 and 2022. See where EMSA is flying.

The European Maritime Safety Agency (EMSA) is a decentralised agency of the EU, based in Lisbon, Portugal. EMSA serves the EU’s maritime interests for a safe, secure, green and competitive maritime sector, delivering value for member states through support for pollution prevention and response, maritime surveillance, safety and security, digitalisation and the provision of integrated maritime services, and technical assistance.

Any requests for further information can be sent to: