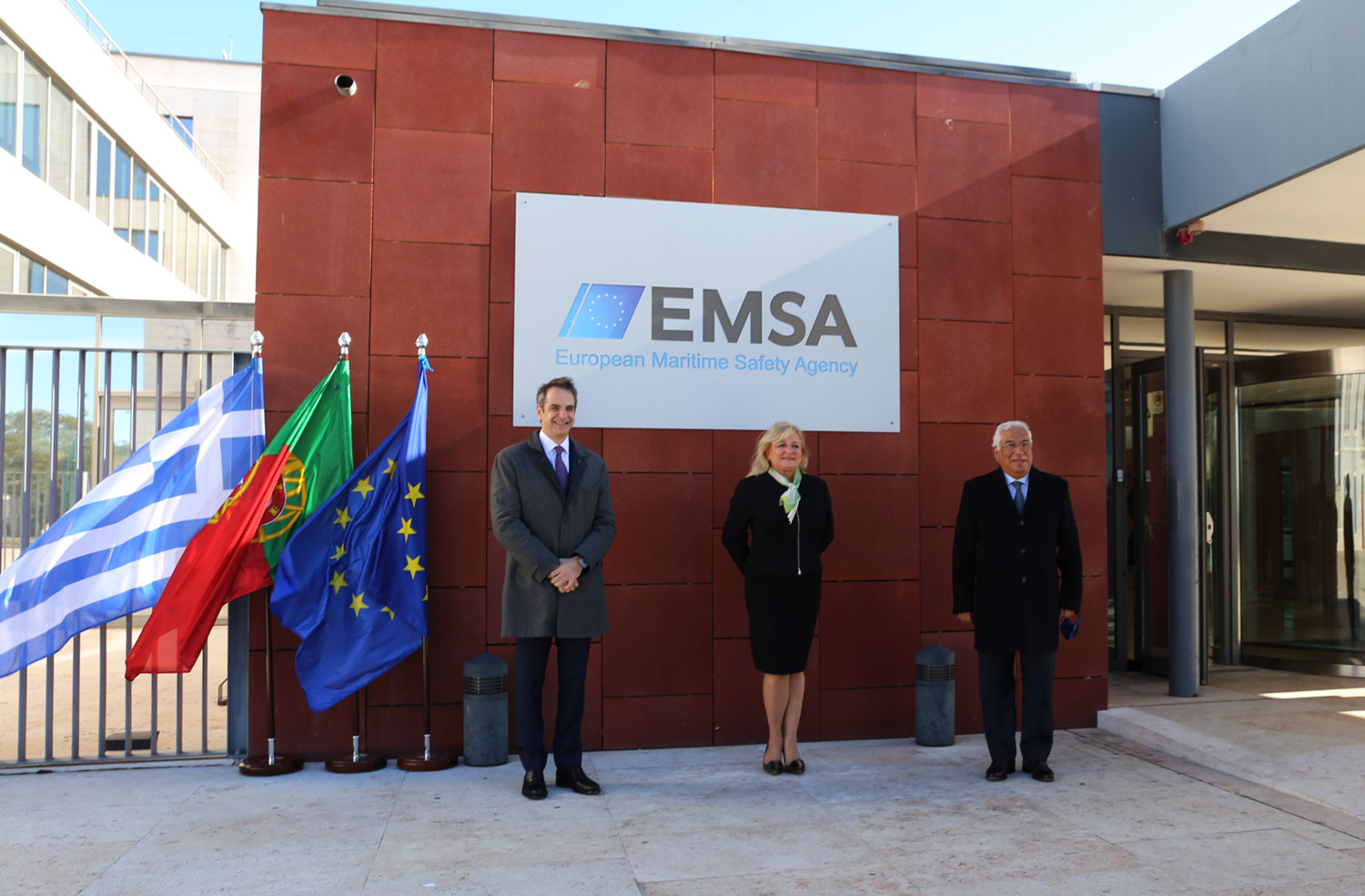 During their visit, the two Prime Ministers received an overview of EMSA’s activities, including the Agency’s contribution to the European green agenda for maritime transport, its support to the EU’s maritime economy, and the advanced monitoring and surveillance systems developed to assist Member States and maritime bodies.

The Executive Director also briefed the two Prime Ministers on EMSA’s fleet of pollution response vessels, which are based in ports around the EU, including in Piraeus (Greece) and Sines (Portugal).

See press releases in English and Portuguese for more information: