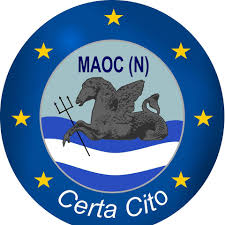 Following a request from The Maritime Analysis and Operation Centre – Narcotics (MAOC (N)) to join the CISE transitional phase, the CISE Stakeholder Group decided at its 4th meeting on 9 June 2020 to offer observer status to MAOC (N) as a standing arrangement throughout the transitional phase.

MAOC (N), based in Lisbon, is an initiative by 7 countries: France, Ireland, Italy, Spain, Netherlands, Portugal and the UK and is co-funded by the Internal Security Fund of the European Union. The Centre provides a forum for multi-lateral cooperation to suppress illicit drug trafficking by sea and air.