How does SAR detection work? 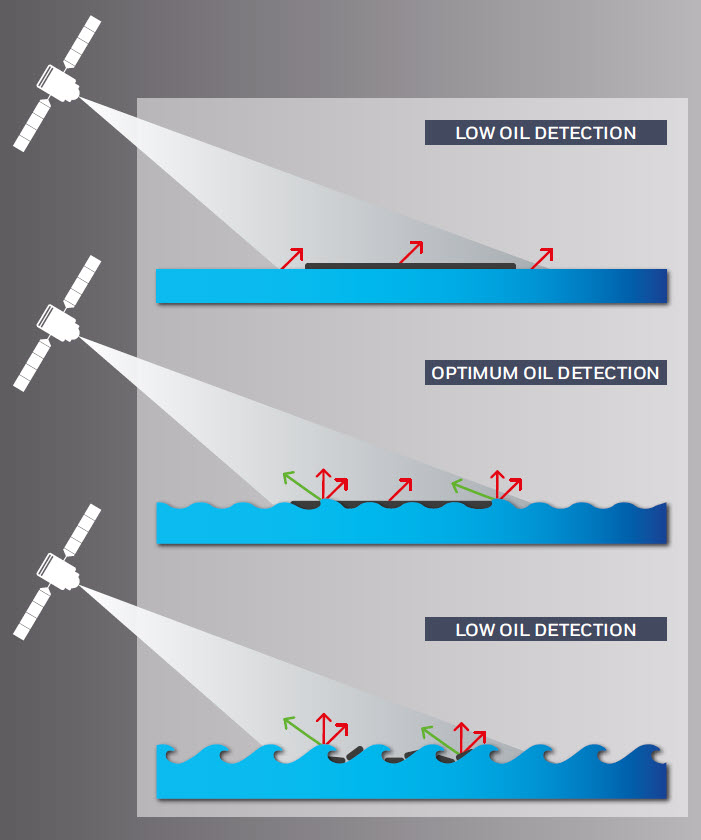 EMSA’s Earth Observation services are capable of monitoring wide maritime areas at regular intervals. Radars generate electromagnetic pulses that ‘illuminate’ the ocean surface. Radar pulses are reflected by capillary waves which the wind creates at the surface of the sea (sea clutter). Radar systems will therefore detect any phenomena that suppress capillary waves. Some substances, for example oil, smooth the sea surface and reduce the level of the signal returned to the emitter. The signal is then processed into an image where a clean sea will appear as a grey background; oil spills will appear as dark areas and vessels and platforms as bright spots. Oil, but also other substances and natural phenomena such as certain current patterns, ice and surface slicks associated with biological activity, will also appear as dark patterns on the radar image.

Synthetic Aperture Radars (SAR) are able to detect very thin oil films floating on the sea surface day and night and through the cloud cover. However there are limitations to this process as sea roughness is driven by the local wind speed and direction. Wind speeds below 2-3 m/s mask the dampening effect whereas speeds above 15 m/s also reduce detection capability. For this reason and due to the fact that SAR satellite images cannot provide information on the nature of the spill (mineral oil, fish or vegetable oil, other look-alikes), it is important to note that detections consist of "possible oil spills“. More information is required to discriminate between oil spills and look-alikes and most often on site verification.

Earth Observation imagery can be combined with other types of information, namely AIS and vessel identification information, providing users with a comprehensive set of data to support maritime surveillance activities. 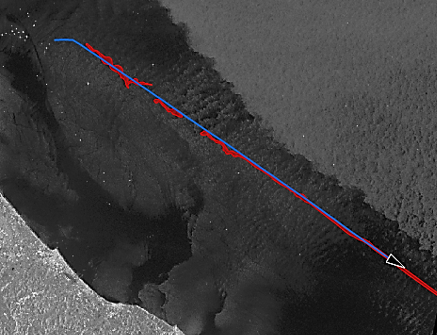