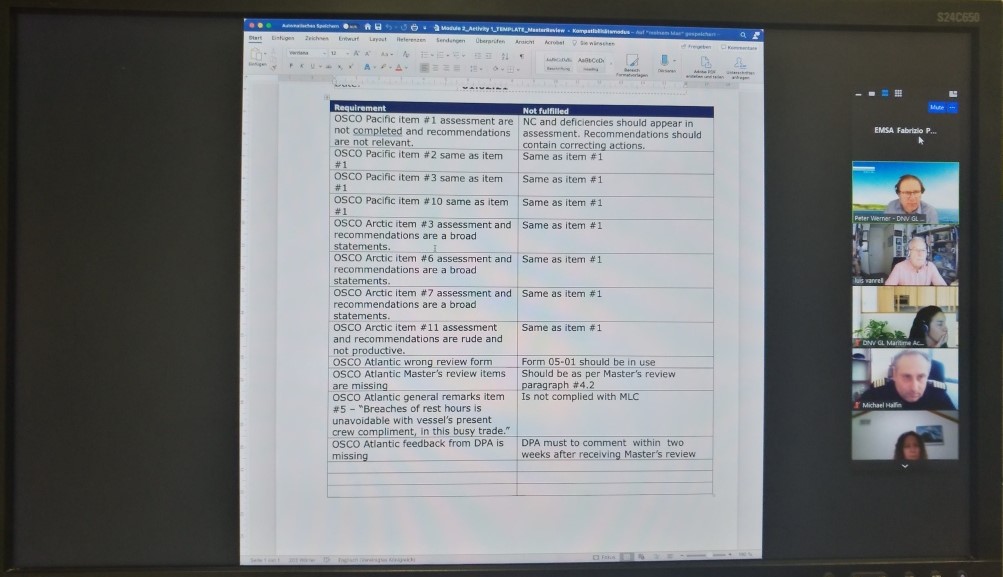 In the framework of SAFEMED IV project the Agency has undertaken the organisation of a Training on ISM Code and auditing techniques for staff administration of Israel which took place online from 1 to 5 February 2021.

The ISM Code is a mandatory international standard for the safe management and operation of ships. It sets the requirements for a company management system with regard to safety and pollution prevention, including the development and implementation of a Safety Management System (SMS).

Furthermore, lectures on the most effective approach to auditing techniques were provided and participants were involved in workshops and exercises using the main scenarios linked to the ISM Auditing procedures and real cases for discussion.