Over the coming months, the Spanish ministry of transport’s maritime safety and rescue body SASEMAR will be using EMSA’s remotely piloted aircraft services from its MRCC base at Finisterre in the northwest of Spain to enhance general maritime surveillance for a range of different operational tasks including maritime traffic control and pollution prevention. 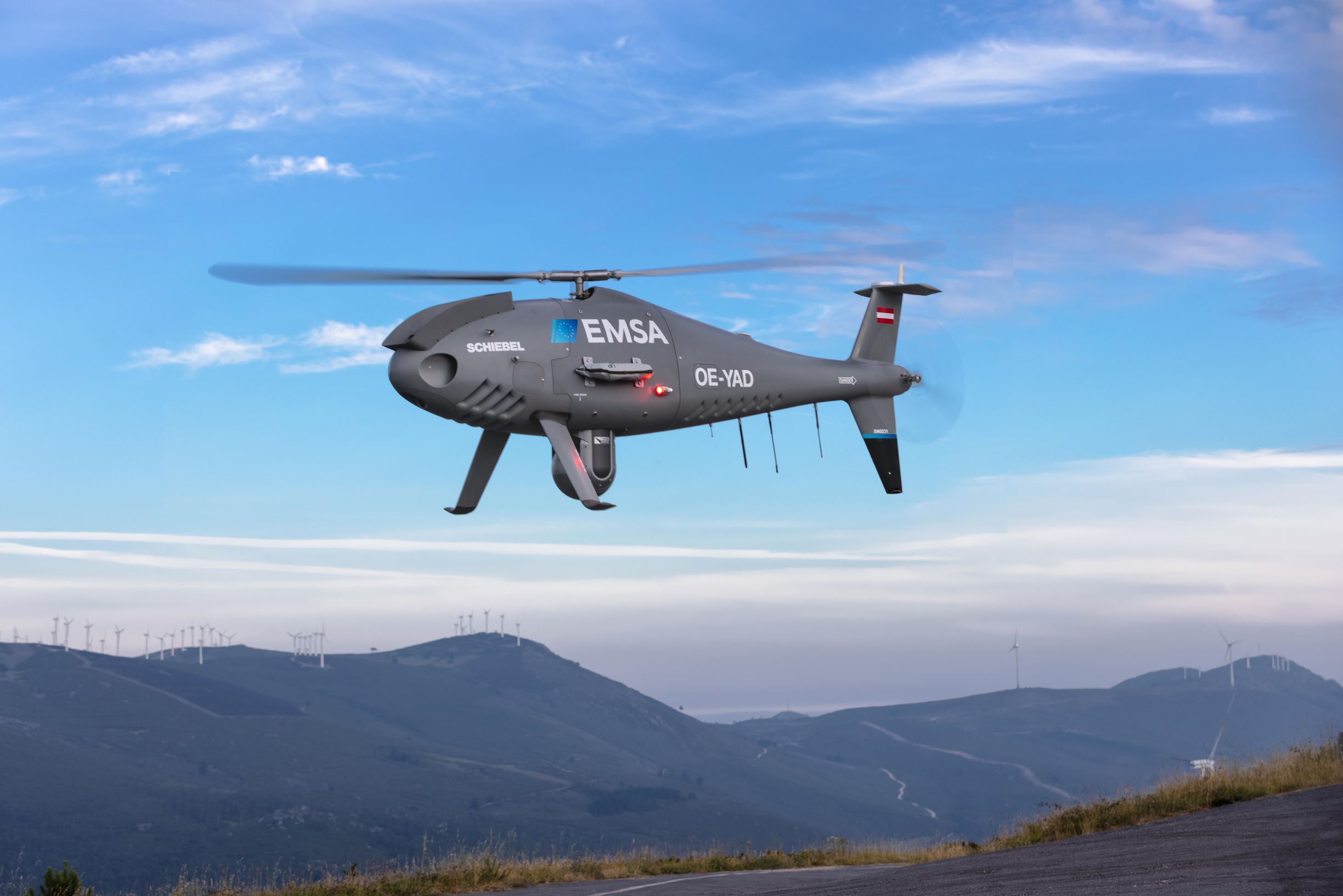 The considerable advantages of using unmanned aircraft for maritime surveillance have been recognised for several years now by Sasemar for which air operations are a fundamental part of the essential day-to-day services. While the flights will provide additional, complementary means to Sasemar in performing its roles of preventing and curbing pollution, and controlling maritime traffic, they will also serve the national fisheries authorities (Spanish Secretary-General for Fisheries) working to protect sea-fisheries resources and to ensure their sustainable development.

EMSA’s Executive Director, Maja Markovčić Kostelac underlined the significance of the operation: “Back in May 2017, EMSA started out testing RPAS capabilities with Sasemar as one of our key pioneering partners. It is only fitting that Sasemar is able to capitalise on these services now – particularly for the vital coast guard role they play. Four years down the line, we’re pleased to see our RPAS services being used widely across Europe for maritime surveillance operations in everything from emissions monitoring and environmental protection to traffic control and search and rescue".

The aircraft being used is a CAMCOPTER® S100 model and it is under contract to EMSA from Schiebel Aircraft GmbH. It has several features making it suitable for this service, including the ability to take off and land from an area smaller than 5m x 5m, flight endurance of over six hours and a range of greater than 100km. Information is gathered on board from optical and infrared cameras as well as from an AIS receiver

Remotely Piloted Aircraft System (RPAS) services are offered free to all EU member states by EMSA. They have been developed to assist in maritime surveillance operations and ship emission monitoring, and can operate in all seas surrounding the European Union. RPAS services can provide support to traditional coast guard functions, including search and rescue and pollution prevention and response. The services are offered to member states individually and as part of EMSA’s regional RPAS strategy, which allows multiple coast guard functions in several EU Image credit: Schiebelmember states to be supported by one or more RPAS services. Further expansion of RPAS regionally is planned in 2021 and 2022. See where EMSA is flying.

The European Maritime Safety Agency (EMSA) is a decentralised agency of the EU, based in Lisbon, Portugal. EMSA serves the EU’s maritime interests for a safe, secure, green and competitive maritime sector, delivering value for member states through support for pollution prevention and response, maritime surveillance, safety and security, digitalisation and the provision of integrated maritime services, and technical assistance.

Any requests for further information can be sent to: