Within the Transitional Phase of CISE, a Test Campaign was initiated by the CISE Stakeholder Group (CSG). The overall goal of a Test Campaign has been to test the connectivity and the service configured by the previous project EUCISE2020 and to ensure overall operability of the CISE network.

It was decided that Italy, Spain, Portugal and Greece would participate in this first test period. The test plan was set up where it was decided to test a number of patterns (push, pull, subscribe), service type (Vessel) and exchanged data (AIS vessel tracks​ and static information about vessels).

Before the actual tests could be performed, some useful activities were done to ensure the proper information exchange between the nodes, hence the VPN connection, access right matrix configuration and the status of services were checked and verified. 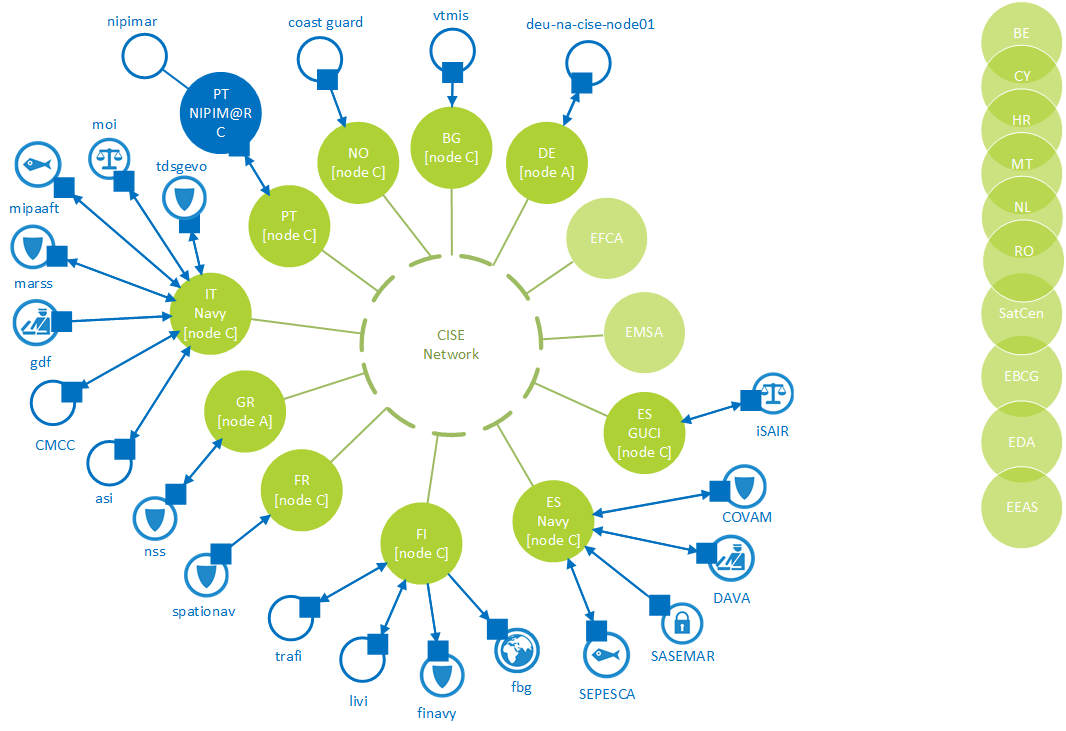 The tests were performed in May 2020 under EMSA’s coordination. Through the active and engaged participation from the countries involved, the test campaign could be successfully completed as planned.

As an overall result, it could be confirmed that following the test period and actions performed, the tested services are now working properly. In addition to the technical verification, an excellent communication channel has been established between node administrators. Proactive and efficient collaboration in troubleshooting and fixing problems is in place. ​Recurrent issues have been identified and procedures to address them have been drafted.

The CSG will now discuss the planning of a 2nd Test Campaign. This campaign will involve the remaining nodes​ and will aim to test different types of services (not only vessels), consolidate the issues to be fixed and identify possible solutions. ​