‘Alternative Fuels’, as per Directive 2014/94, means fuels or power sources which serve, at least partly, as a substitute for fossil oil sources in the energy supply to transport and which have the potential to contribute to its decarbonisation and enhance the environmental performance of the transport sector.
The development and use of alternative fuels as well as appropriate infrastructure in the European territory are essential to meet the requirements of the Directive on sulphur content in marine fuels (2012/33/EU) and to reduce the dependence of transport on oil. In fact, according to the EC, in 2010 oil counted for 94% of energy consumed in transport, most of it imported, with a bill of up to € 1 billion a day in 2011, leading to a significant deficit in the EU trade balance of around 2.5% of GDP. The development of a competitive market of alternative fuels should cut the dependence on oil and contribute to improving the security of Europe's energy supply and reduce greenhouse gas emissions from transport. To be effective, this market needs to be promoted by new technological and commercial advances as well as to set up appropriate consumer information on alternative fuels and adequate infrastructures.

The use of alternative fuels is regarded today as a key relevant area of technological development for sustainable transport. In shipping, like in other transport modes, there is today a consistent focus given to the potential application of different cleaner fuel solutions, with some of them posing significant challenges to ship design. The gradual adoption of these fuels, and the example set by first movers has been fundamental in paving the way to a wider use of alternative fuels for the future. 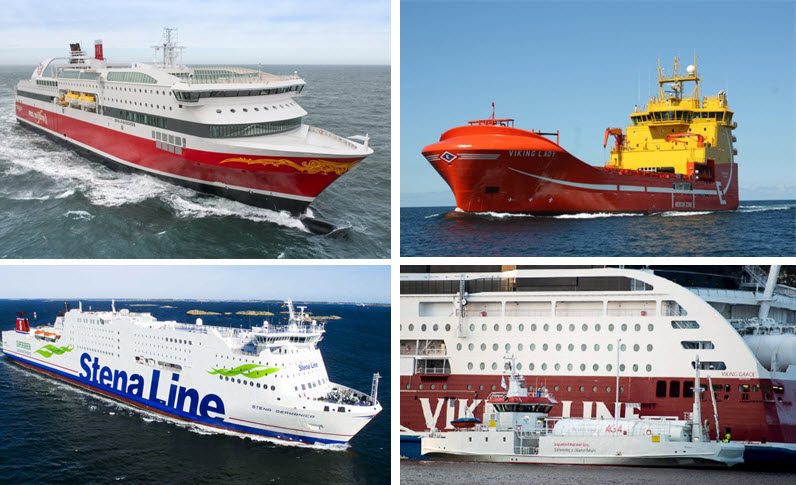 Taking into account the large share contribution of shipping to the in the worldwide transport market (accounting for over 80% of world trade by volume, 3% of global greenhouse gas emissions and contributing to air pollution close to coastal areas and ports), the gradual adoption of alternative fuels by shipping would have a significant positive immediate environmental impact.

One common challenge, however, posed by the adoption of most alternative fuels are their physico-chemical characteristics, typically with associated low flashpoints, higher volatilities, different energy content per unit mass and, in some cases, even toxicity. The adoption and entry into force of the draft International Code of Safety for Ships using Gases or other Low flashpoint Fuels (IGF Code), along with proposed amendments to make the Code mandatory under SOLAS, by MSC95, on 11 June 2015, was a decisive step forward in addressing those challenges, at the regulatory level. The IGF Code includes mandatory provisions for the arrangement, installation, control and monitoring of machinery, equipment and systems using low flashpoint fuels, such as liquefied natural gas (LNG), to minimize the risk to the ship, its crew and the environment, having regard to the nature of the fuels involved. LNG has been the first focus of the IGF Code; however provisions for Methyl/Ethyl alcohols, Fuels Cells and Low Flashpoint Oil Fuels are being drafted for the expected first revision of the code, in 2020/21.

There is a long list of fuels or energy carriers that can be used in shipping. The ones most commonly considered today are Liquefied Natural Gas (LNG), Electricity, Biodiesel, and Methanol. Other fuels that could play a role in the future are Liquefied Petroleum Gas (LPG), Ethanol, Dimethyl Ether (DME), Biogas, Synthetic Fuels, Hydrogen (particularly for use in fuel cells), and Nuclear fuel. All these fuels are virtually sulphur free, and can be used for compliance with sulphur content regulations. They can be used either in combination with conventional, oil-based marine fuels, thus covering only part of a vessel’s energy demand, or to completely replace conventional fuels. The type of alternative fuel selected and the proportion of conventional fuel substituted will have a direct impact on the vessel’s emissions, including GHG, NOx, and SOx.

EMSA participates in IMO Committees and Correspondence Groups and acts as technical Secretariat for the ESSF - European Sustainable Shipping Forum (Working Groups on LNG, EGCS). Technical studies have been conducted to develop the understanding and promote the use of different alternative fuels. (e.g. with the studies on the Potential of Biofuels for Shipping 2012, Standards and Rules for LNG bunkering 2013, Use of Methanol as alternative fuel – 2015, and more recently, already in 2016, with the Study on the use of Fuel Cells in shipping).