is the single point of contact for administrative requests or questions.

is the single point of contact for the CISE Stakeholders Group members to request any technical and operational support. 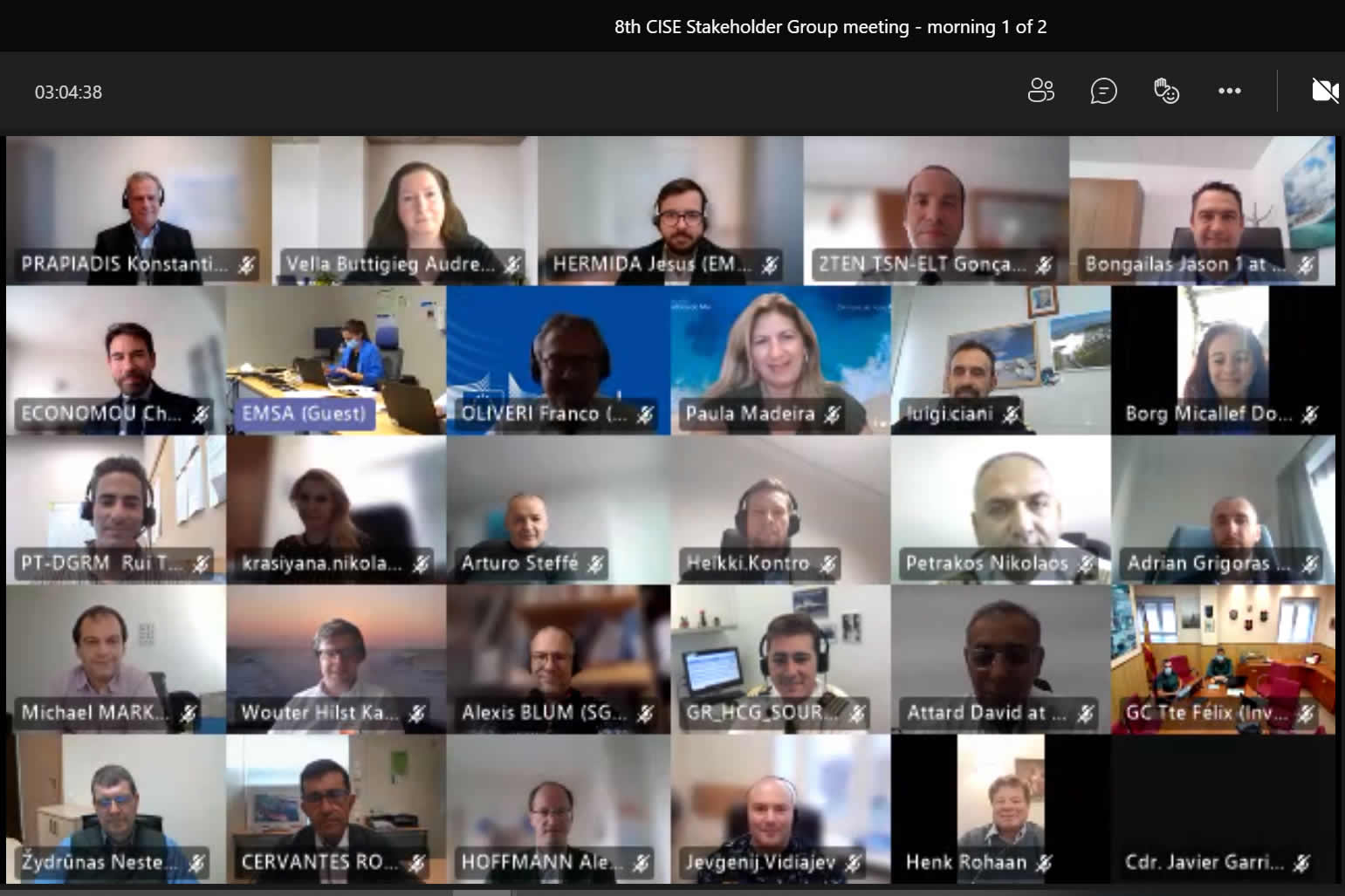 The CISE Stakeholder Group (CSG) convened for the 8th time to follow up on the progress made in the CISE Transitional Phase and to share the state of play of the activities carried out by the Member States and EU Agencies.

The roll-out of the new operational network and the entry into force of the Cooperation Agreement were two of the main topics discussed during the 8th CSG meeting. EMSA and JRC announced the accomplishment of the CISE node version 2.0 development and the start of its implementation in the stakeholders’ legacy systems. The new version of the node comes with significant improvements increasing the efficiency of the network and including new features such as the Administrative Console.

EMSA informed about the first signatures of the Cooperation Agreement, which resulted in the entry into force of the Agreement. The first signing stakeholders were EMSA, the Hellenic Navy and the Hellenic Coast Guard, while Italy and France are currently concluding the administrative process. The CSG Chairman, Mr Leendert Bal, Head of Department at EMSA, underlined that the Cooperation Agreement and the new version of the CISE node provide a solid ground for the future operational exchange of information.

During the meeting, the stakeholders presented updates on their ongoing activities, concerning the signature of the Cooperation Agreement, the installation of the new version of the node and their information sharing plans in the network. The CSG members expressed their strong commitment to continue their efforts in developing CISE and some new stakeholders, namely Croatia, Cyprus and Slovenia, shared their plans to establish a CISE node during the Transitional Phase whereas other stakeholders are starting to work on it (namely Netherlands, Malta and Lithuania). The development and implementation of the first pre-operational services in CISE, i.e., “Vessels of Interest list”, “Incident reporting” and “Risk profile” were also discussed.

The European Commission (DG MARE) informed about the recent political developments relevant for CISE and on the new instruments supporting the Member States in the implementation of CISE. These refer to the funding opportunities available under the recently adopted European Maritime, Fisheries and Aquaculture Fund (EMFAF), such as the dedicated Call for proposals aiming to establish the first operational services in the Transitional Phase of CISE. Mr Christos Economou, acting Deputy Director and Head of Unit at DG MARE, encouraged the stakeholders to form a consortium and participate in the Call.

The meeting was attended by 60 stakeholders representing 28 maritime authorities and 9 EU agencies and bodies. The next CSG meeting (9th) is planned to take place on 10 March 2022.